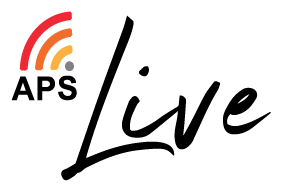 We are no longer accepting registration for this event

A Master of Photography with the AIPP, Kris’ illustrative work is instantly recognisable, tapping into dark, emotive themes of everyday life that resonate with everyone. He frequently explores narratives concerned with modern life, mental health, and the impact of technology on people and relationships. His illustrative compositions have earned Gold awards at state, national and international levels, and in 2017 he was recognised as the AIPP Australian Illustrative Photographer of the Year.

"As photographers we aspire to communicate our ideas clearly to a viewer, to draw them in and reward exploration. In this session Kris will discuss techniques you can use to visualise and plan your storytelling images, and some tools for evaluating your work in progress to ensure you capture and keep a viewer. To help illustrate these concepts, we'll deep dive into some of Kris' illustrative work, sharing some of his successes and failures along the path to effective communication".

How to put the right words with your Photography:
Titles & Beyond

Lisa Langell is a full-time, award-winning photographer whose work has appeared in numerous prestigious publications including the cover of Outdoor Photographer magazine, plus numerous images in Arizona Highways, Ranger Rick, art galleries and more.  She currently sits on the Board of Directors for the North American Nature Photography Association.  She is also a proud ambassador for Tamron, FotoPro, and H&Y filters.

Whether it was working as a master floral designer, a licensed psychologist, university faculty, an international consultant in K-12 education, the Chief Business Development Officer of an education technology company, a researcher, a writer, or an artist - she enjoyed meeting each challenge.

Still, her strongest calling was photography-ever since childhood-when bird watching ignited her lifelong love of nature and the camera.  In 2010, she turned her passion for photography into a business-and in 2015 she successfully transitioned to photography full-time and left the corporate and consulting world behind.

The journey with photography has definitely been Lisa’s favourite – she loves combining her diverse background and skills into her photographic art and instruction.  Bringing joy to others brings joy to her! She thrives on creating innovative learning experiences and pushing photographic boundaries.  She equally enjoys enriching, stimulating and expanding fellow photographers’ minds emotionally, creatively and intellectually.

Heather Prince is a passionate amateur photographer from Geelong and is proud to be President of Geelong Camera Club.

Photography has played a big part in Heather's life since receiving her first camera at 8 years old. Since then she has constantly had a camera nearby and, with the advent of digital photography and Photoshop, photography has become an all-consuming addiction.

Heather has explored most genres of photography in her journey but has a special interest in Still Life photography and Altered Reality image making. Her motto is borrowed from Dianne Arbus: “I never have taken a picture I’ve intended. They’re always better or worse.” According to Heather it is the learning journey that she enjoys most.

"Still Life is a paradox that has been practised in visual representation from the beginning of human existence when men painted objects on cave walls.  The great painters of the Renaissance took Still Life to the pinnacle of rich and romantic painting and were followed by artists of every movement up to the present day.  I want to look at Still Life from the viewpoint of a photographer.  How does one reconcile ‘Still’ with ‘Life’?  What does Still Life offer the photographer and the viewer?  I will share some of my Still Life photographs from the last 10 years and talk about why I enjoy this genre of photography".

Peter Eastway is a contemporary Australian photographer who is known internationally for his landscape and travel work. A practising professional photographer, he shoots editorially and works selectively in advertising and portra

iture, two diverse ends of the professional sphere.
Peter has been involved in photographic magazine publishing for over 30 years, establishing his own title, Australia's Better Photography Magazine, in 1995. It is now one of Australia’s leading photography magazines.

He has worked with Phase One cameras, researching and promoting its high-end medium format cameras and Capture One raw processing software. And he featured in the television series Tales By Light as seen on the National Geographic Channel, produced in partnership with Canon Australia.

Pole to Pole: Plus a Few Stops in Between

Gentleman of Leisure, Gypsetter, Photographer, Unemployed, Unemployable, and Loving it!

In 1999, at age 53, and at the peak of his 30 years career at Shell, Yusuf listened to his heart, and quit Shell, to become an unpaid photographer, and a spare driver for WorldExplorer.net, specialists in arranging worldwide trans-continental, motorcycle and 4x4 off-road expeditions.

It wasn’t a rash or impulsive decision. His parental obligations were done. The Financials were good. He had a Bucket List. He wanted to spend his children’s inheritance. He wanted to travel and shoot pictures. He wanted to write. He wanted to live life.  And he wanted to do it before, in his own words, life leaves him.

Apart from sharing some of the two million photos he shot during his extraordinary trans-continental driving expeditions and the sailing and trekking photography workshops he has conducted in Antarctica, the Arctic, and in between, Yusuf will also share the thinking, which drove him to do what he has done. He will share the seven must-haves if you want to do the same.

Over the last 20 years, Yusuf has visited >130 countries, and driven a 4x4 go anywhere vehicle, across and around, almost every continent, every desert, and over almost every mountain range worldwide.

Yusuf has also been a part time lecturer in photography at Malaysia’s Open University. He writes articles for magazines, and has published six online print-on-demand coffee table books. He has also participated in photography exhibitions. Presently, he is in a fund-raising project in which 40 of his pictures will be printed on large canvas, and sold to raise half a million Ringgits for Cancer Research in Malaysia.

Yusuf’s other passions are trekking, motorcycling, and flying. He’s led several groups on trekking expeditions in the Himalayas and Patagonia. He does regular sailing-trekking photography workshops to Iceland, Greenland, Svalbard, Wrangle Island, the Falklands and Antarctica. Yusuf has a PPL (Private Pilot’s Licence) for planes, and at age 70, he got his wings for paramotoring, becoming one of the oldest Malaysians to qualify to fly paramotors.

"Come and join us, listening to Yusuf, as he shares anecdotes and photos from his Journeys from Pole to Pole, and in between".